Forget the Tesla Killer. Which Electric SUVs are a Subaru Killer?

The current bunch of new and soon-to-be released electric SUVs are a weird crop. They look like SUVs, sure. But are they really just 21st Century station wagons?

When it comes to compact SUVs, I think of the Subaru Forester as a great example with plenty of internal space, plus the capability for moderate off-roading (if you prefer competing models from Toyota, Honda or Mazda, great — those are good for gasmobiles, too). I don’t see the same degree of capability from the electric compact SUVs that are on the market or coming soon.

This is a major miss, especially as it relates to Subaru.

You’ve probably heard that Subaru owners are a bit like cult members. But the brand’s hold over its flock is wavering. It’s badly misread its buyers, who largely skew toward environmental causes. Subaru is losing big points in its crowd by dragging its heels on electrification. This is largely based on my own conversations with other Subaru owners.

Add the lukewarm Continuous Variable Transmission to the equation, and the Forester looks particularly vulnerable to a similarly-featured electric SUV.

So why can’t any of the coming SUVs steal a huge chunk of Subaru Forester buyers?

They simply don’t have enough utility. Oh, they have sport-aplenty, which is all the press can babble about while overlooking utility at every turn. All the current and coming electric SUVs will demolish a Forester in performance — and in efficiency, too, because that’s just the nature of electric motors versus gas motors. 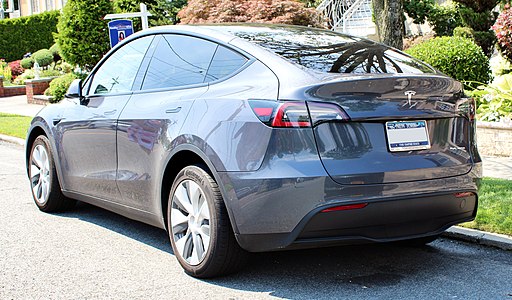 I wonder how much the sloping roof on the Tesla Model Y cuts into the specs on its interior space versus a more traditional roof.

The lack of utility comes down to two important specs. The Forester, for all of its gas-powered flaws, is simply way better in these two areas: ground clearance and cargo space.

Ground Clearance is Critical to Beat The Subaru Forester

Look, a stock Subaru Forester is hardly a rock crawler. But it has a decent 8.7 inches of ground clearance.

How do the electric SUVs stack up? Poorly, with one exception.

The Ford Mach E is by far the most putrid in the clearance department, with the VW ID4 coming in the closest to respectable. 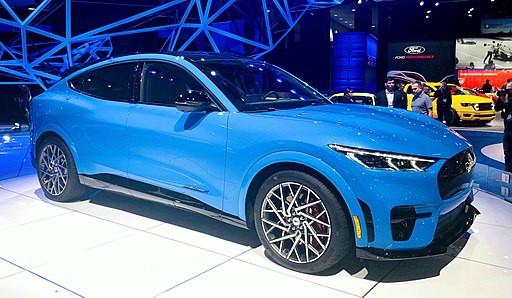 When I go camping or just bouncing around the backroads, ground clearance matters. Nobody wants to beat up their undercarriage.

I’ll grant you that most Subaru owners probably don’t beat up on their vehicles as much as they’d like to. But it’s good to know they can handle it should the need arise.

I have a family of three. We do our camping in a 2017 Subaru Forester. It’s the latest in a line of Subaru vehicles for us, and it will likely be our last.

For now, my electric Toyota RAV4 handles all of our in-city family outings, with the Forester handling road trips. The RAV4 is actually laid out better internally, with rear seats the move fore and aft independently.

Electric SUVs NEED to be able to do what this 2014 electric RAV4 can do.

Again, the Mach E stinks the place up. It’s like Ford isn’t even aiming to make this a useful electric car. The Model Y appears to come in a close second, but it would be nice to definitively answer the question about the frunk.

It’s also worth noting that these interior room specs are for all-wheel-drive versions of each model. For some reason, the feature eats into interior space.

Ford, VW and Tesla all have the tools to fire a serious broadside at the Subaru family of vehicles. They offer decent alternatives to maybe the Crosstrek, but the Forester and Outback offer utility that this bunch of electric SUVs just can’t match.

Why? Maybe they were gunning for efficiency.

It’s possible to solve the interior space issues by using a roof- or hitch-mounted cargo box. Sure, that adds some drag.