This is a huge electric vehicle charging problem. Here’s how to fix it.

It’s easy to ignore a problem that you can’t see. People who live in the Phoenix area can’t deny the brown cloud that sometimes — too often — settles over the Valley. The culprit behind the brown cloud is also hard to deny: gas and diesel-powered vehicles â€œby a large margin,â€ according to Scientific American.

So we can see the problem, but what can we do about it? It’s obvious. Get some of the gas and diesel vehicles off the road with electric vehicles taking their place. There are two big obstacles to getting more drivers into electric vehicles — the initial cost and figuring out where and how to charge them.

The first one is up to the auto makers. As they figure the technology out, prices will start to drop. They already have, actually. The Tesla Model Y will be unveiled tonight, and it will be the least-expensive electric SUV/CUV by a long shot. You can bet that more automakers will unveil EVs in this class. 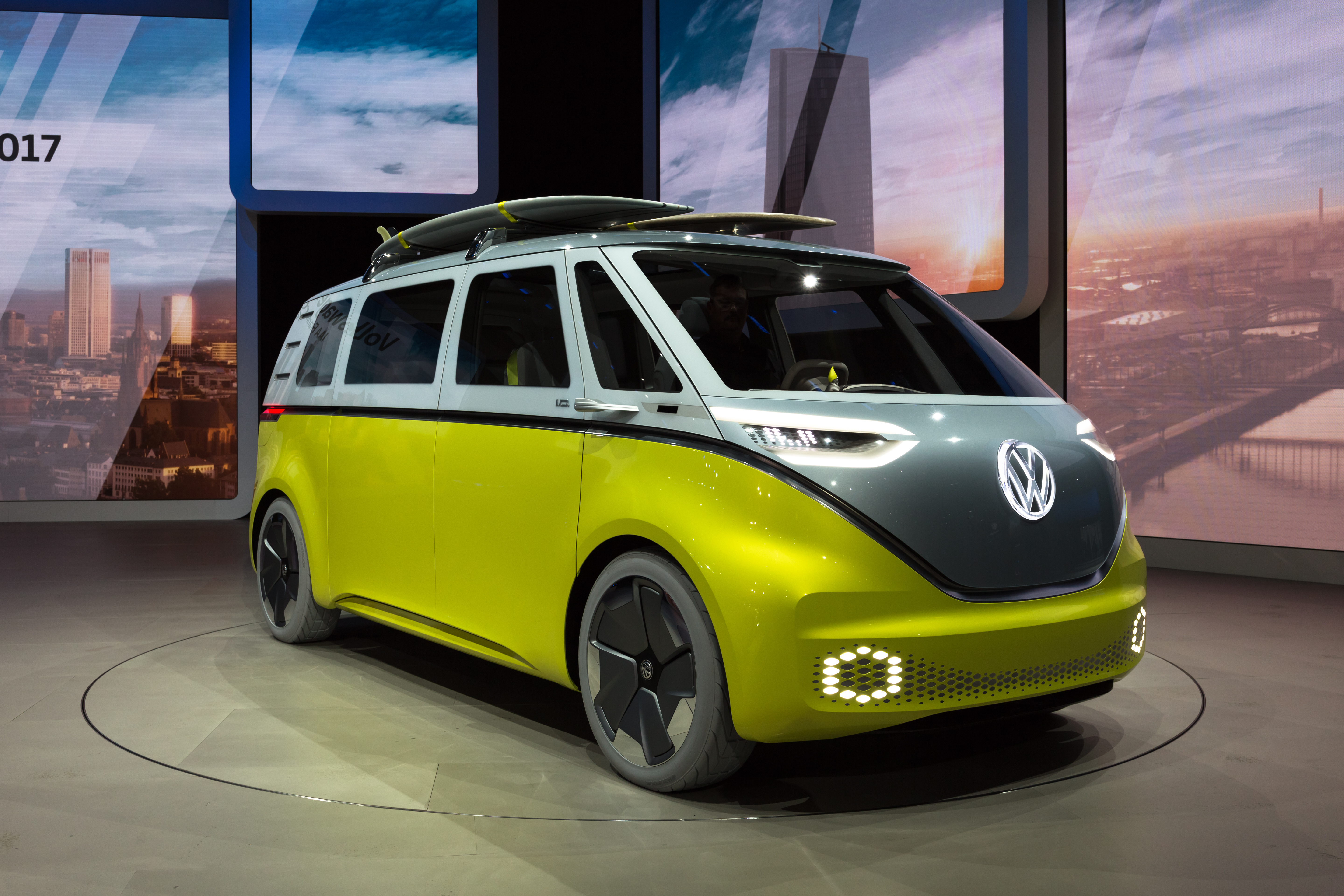 The VW ID Buzz is a sign of EVs to come.

The second issue — where to charge — is something Arizona’s elected officials can address. But they haven’t, likely because they’re not connecting the dots.

Here’s the shocker about charging an electric vehicle: The costs vary wildly. Putting 25 miles of charge into my car can vary from being absolutely free all the way up to about $6 at one of the Blink charging stations that have sprouted like barnacles near city and state buildings. Can you imagine the price of gas fluctuating that wildly?

The state of Arizona has no regulations governing EV charging prices. That’s nice at the free end. But at the high end, it completely kills a major incentive for getting out of a gas/diesel vehicle and into an electric vehicle.

The ubiquitous Blink network charges members 4 cents per minute to charge. That’s $2.40 per hour, which usually gets me about 15 miles of charge. That costs more than the average price of gas per mile for my old Subaru — at the current $2.23 per gallon, I’d go about 25 miles in the Subaru. Considering that even a less-efficient electric vehicle like my Toyota RAV 4 EV gets the equivalent of 77 mpg, Blink makes it more expensive to operate a cleaner vehicle. 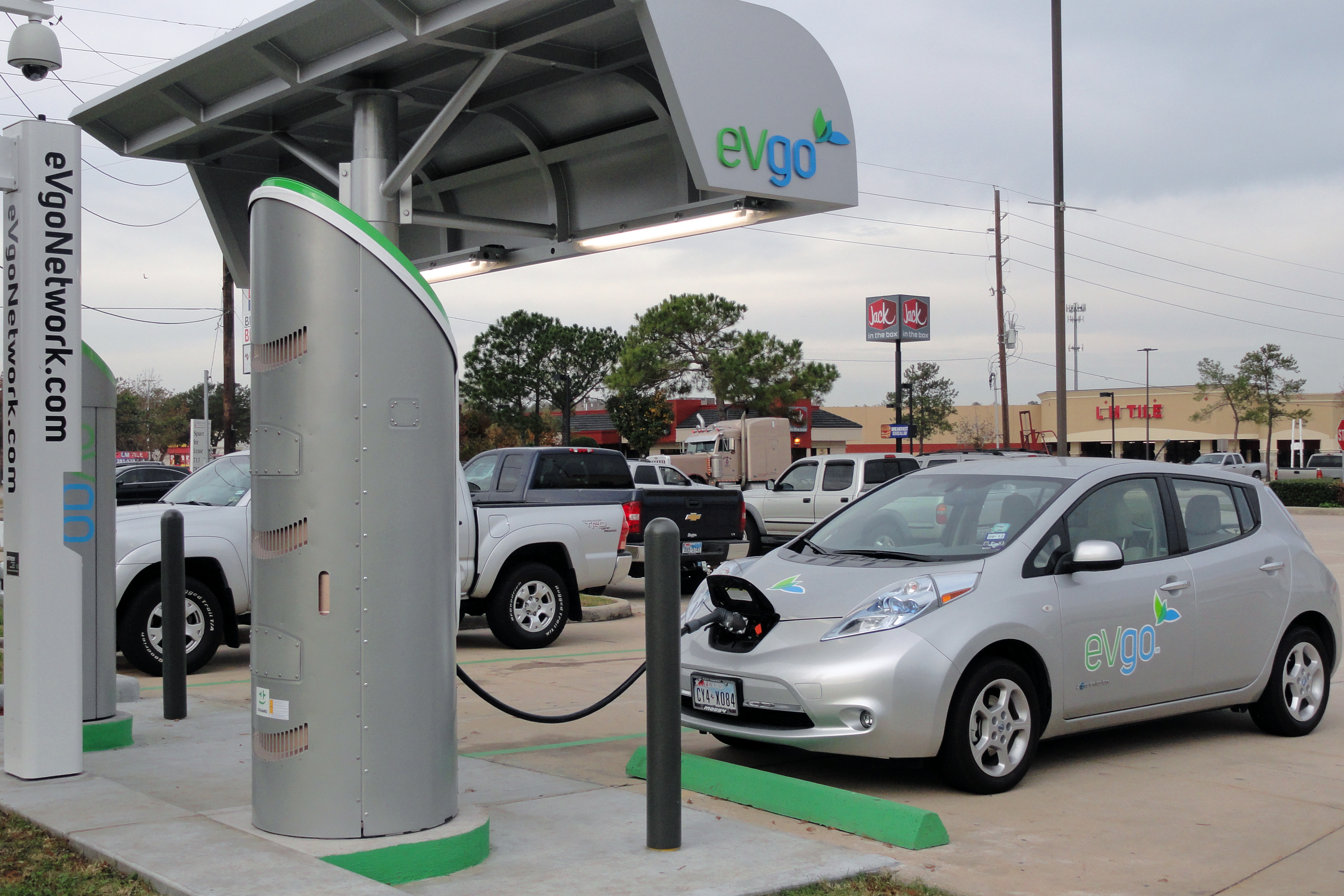 An old-generation Nissan LEAF getting some electrons.

Charging at home is your cheapest option. You’ll need an EVSE (aka ev charger), a 110-volt adapter and possibly a 240-volt connection if you want to charge faster. But we still need options away from home, and they need to be priced consistently.

Arizona doesn’t have kilowatt-hour pricing like some states. That allows networks like Blink to set any price per minute that they like. For some reason, cities like Phoenix and Chandler along with educational institutions like Arizona State University have contracts with Blink, despite its high prices (and reputation for unreliable charging). In states with kilowatt-hour pricing, Blink prices still tower over the average cost per kilowatt hour; sure, Blink should be allowed to profit for their services. But in California, the average price per kilowatt hour is 15.2 cents, while Blink charges 49 cents per kWh. I wonder what the utilities who actually provide the power think of Blink’s markup.

In Arizona, the average kWh cost is 11.1 cents. Blink’s charging costs about 48 cents per kWh (based on a charging cost of $2.40 per hour, which gets you about 5 kWh of power). It’s clear that charging at a Blink station costs more gasoline, based on the average mpg of gas-powered cars. Another comparison: gas stations average about 5 cents per gallon in profit. That would be like Blink charging 53 cents per hour rather than $2.40 (based on my RAV 4’s 77 empg, 40 kWh battery, charging speed and kWh price for SRP). Put another way, if gas stations marked up at the same rate, your gallon of gas would cost $10.09 per gallon (based on $2.23 per gallon of gas).

Signs like this get ignored way too often. (photo by Mariordo, aka Mario Roberto DurÃ¡n Ortiz)

Some will even recite talking points about rare-earth minerals (which are not actually that rare) used in batteries, and the environmental cost of manufacturing the batteries. People who raise these issues would like to believe that gas-powered vehicles and their fuel are made from unicorn milk that somehow has no environmental damage.

But hey, as it turns out, the Union of Concerned Scientists has addressed their questions with a very conservative â€œcradle to graveâ€ analysis comparing EVs to ICE (internal combustion engine) cars. The results are conclusive: EVs are cleaner, especially as electricity grids get cleaner.

I’d also add that areas like Phoenix particularly need EVs. If vehicle emissions are the main source of our air pollution, we must put more of them on the road (I also favor more mass transit options, but that’s a topic for another time).

If Arizona’s elected officials want to clear up the air, they need to encourage more people to drive electric vehicles. That means preventing networks from gouging customers, especially since the networks don’t even produce the power.

The clear solution: Craft legislation that sets kilowatt-hour pricing, and caps it at a reasonable level. Put it on a level playing field with gas — which is also heavily subsidized, which will ignore for the moment — and electricity wins every.single.time. This will help put more EVs on the road, which will, in turn, fix the brown cloud.

Arizona could offer more incentives to buy electric vehicles. Cities could also do more to ensure that gas and diesel vehicles don’t block charging stations. But those are issues for another post. Fixing the pricing problem helps the consumer/driver without costing the state, cities or residents money.

1 thought on “This is a huge electric vehicle charging problem. Here’s how to fix it.”