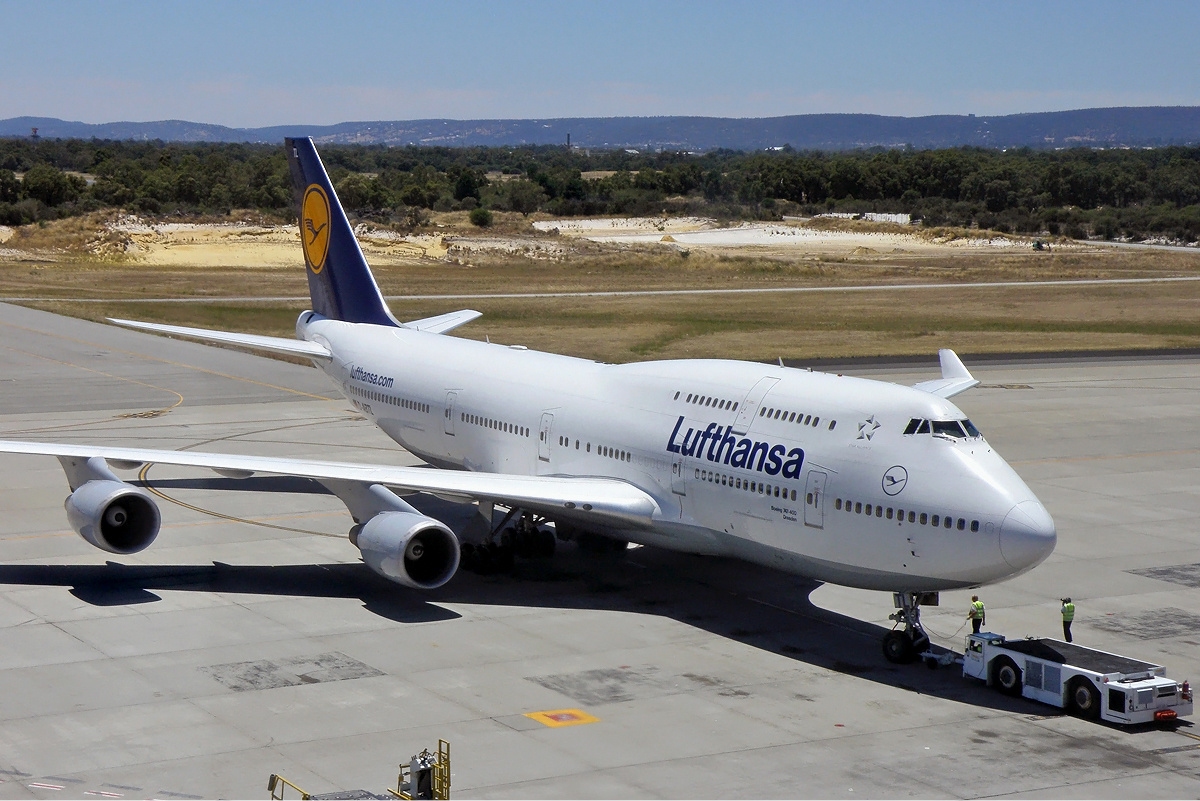 More intercontinental flights to Phoenix Sky Harbor would be nice, but they're not the only way Germans come to Arizona. (Darren Koch via Wikimedia Commons)

Rogue Columnist, one of my favorite bloggers, has a post about Arizona Governor Jan Brewer’s junket to Germany. Local media have only been able to get a partial list of the manifest for Jan’s Germany Junketsm, and she has not disclosed a budget for the two-week trip.

As usual, Jon Talton (the Rogue’s real name) accurately skewers the silliness and waste. But he misses his mark on the impact of German tourists on Arizona:

"As for tourism â€” forget it. Germans who want American sun go to Miami. Unless the state could lure or underwrite direct flights to Germany and France, it will never be a big player in this field."

I pointed out to him, as a first-generation German-American, that German loves Arizona. They love Old West kitsch, Cruise America camper vans, the Grand Canyon.

Jon concedes that Germans do love the Old West, but stays put on his assumptions that no direct flights from Germany equals little tourism.

Germans don’t travel like Americans. They don’t don’t come only to visit Arizona. Lufthansa had a daily flight here at one point – but a single daily flight means you only have one departure and arrival time, versus multiple departures and arrivals at other intercontinental hubs like Los Angeles or New York. And Germans want to see a big slice of the country using their much heftier slice of vacation time. So why take a direct flight into an overgrown regional airport like Phoenix Sky Harbor when they could hit an intercontinental hub city and then drive into Arizona?

And German tourists love driving. If you see a Cruise America camper, I’d bet there’s a 1 in 5 chance there’s a German at the wheel.

The direct flights just don’t matter as much as Jon thinks. Germans come to Arizona. They spend money. They enjoy themselves. The direct flights are a separate issue – I think they’d benefit Arizona travelers more than visitors from Germany.

6 Great Desserts Worth Traveling For