I’ve said for years that there’s not enough international service at Sky Harbor in Phoenix. The city’s only intercontinental route in recent years was a British Airways flight to London. Then we had a nice sign of progress when Condor Airlines re-connected Phoenix to Germany.

Condor Airlines re-made the link from Phoenix to Frankfurt last year – and it seems to be a great success.

And British Airways added three more flights to London each week. Then American Airlines announced it would start seasonal service to London in 2019. Oh, andÂ Condor increased its seasonal service! This is all good news, and less gloomy than I anticipated when US Airways merged with American Airlines; the proximity of the Los Angeles hub caused worries that Phoenix would be de-hubbed. Really, that’s a legitimate concern.

Still, international service at Sky Harbor is heading in the right direction. The increase in service brings up a few questions: 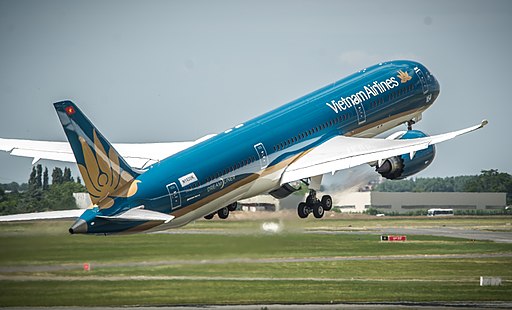 The Boeing 787 Dreamliner was supposed to break the hub-and-spoke system. (In Ron Howard’s voice) It hasn’t. But could it connect Phoenix to Asia nonstop for the first time with Vietnam Airlines?

British Airways added three 747’s worth of flights to London. Then there’s American Airlines jumping into the route with a 777. Condor added flights. Something is working. I’d love to know what’s behind their decisions, and how that can result in more international service at Sky Harbor.