Table of Contents hide
My Personal Baseline: Amtrak
The KTX Train in South Korea
My Final Word on the KTX
Share this:
Like this:

The KTX Train at a Glance

I rarely get a chance to trail by rail. Aside from the niche Grand Canyon Railway and the very flawed METRO Light Rail, my home state of Arizona has little passenger rail service. Those in power here view anyone interested in rail travel of any sort as a godless, anti-SUV commie.

That means I only get the occasional light rail or subway trip. Knowing Asia’s reputation for rail travel, I skipped another plane flight and boarded the Korea Train Express (KTX) from Busan to Seoul.

My last rail travel took me from St. Louis to Chicago, scheduled to be a 5.5-hour Amtrak journey. I say “scheduled because it turned into an eight-hour run thanks to some freight train-induced delays. On the plus size, I was comfortable. A regular assigned seat on Amtrak got me what’s pretty much an old-school airline business-class seat.

I could stretch out and get comfy. The interior was pretty threadbare, but I just buried my nose in a book. Oddly enough, I don’t remember eating or drinking anything. That probably means I just brought my own, as I’m prone to do. I don’t remember any crazy security measures, either.

The KTX Train in South Korea

Then there’s the KTX train — it’s the same technology as the French (oh, no – now all the railroad opponents will REALLY hate me) TGV. We arrived at the Busan station 30 minutes before boarding and had some standard-class tickets … don’t try this for any departure. They often sell out ahead of time. 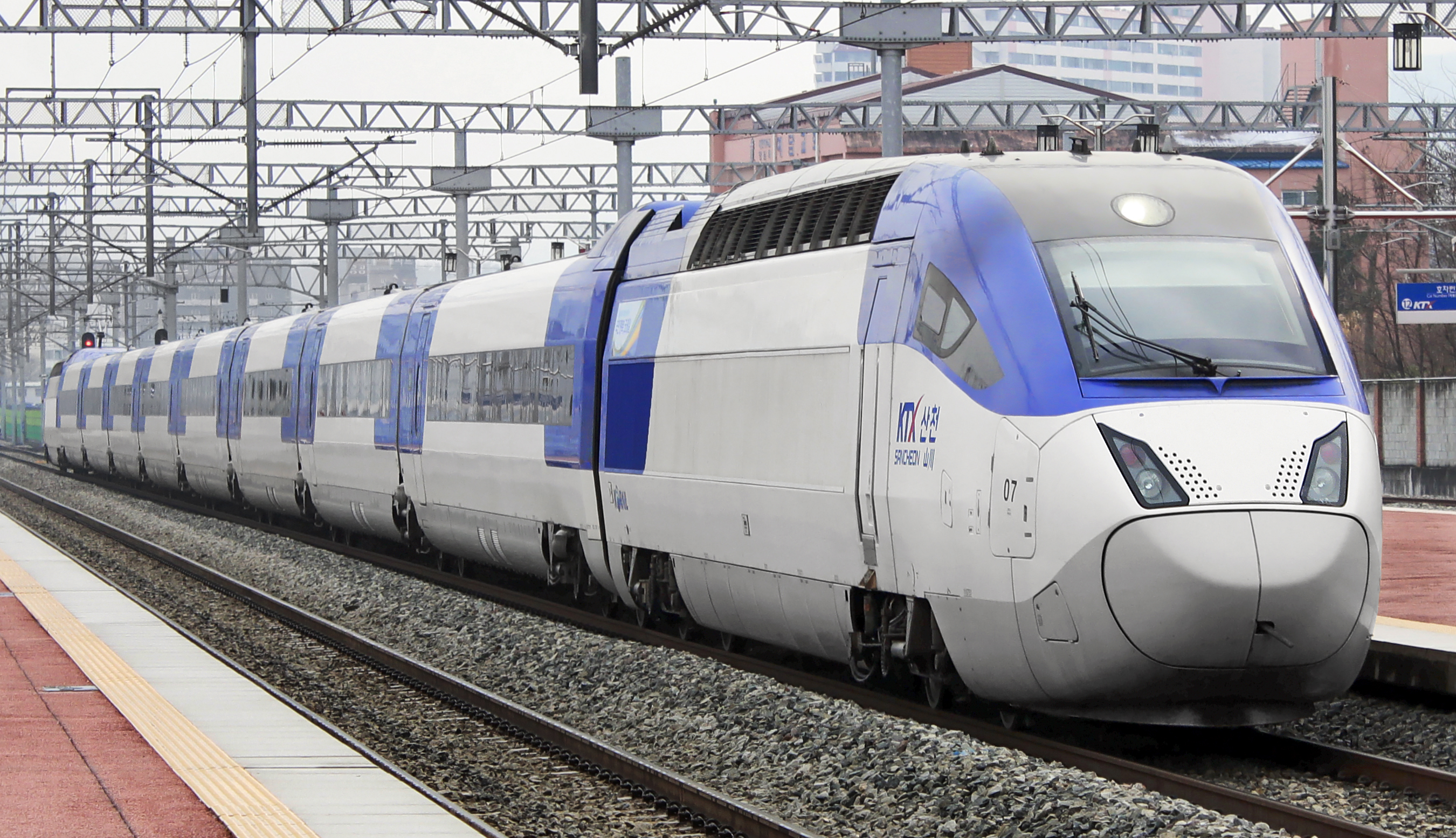 We boarded 20 minutes early. The cabin looks like a shiny new regional jet: immaculate, but cramped … two seats on either side of an aisle, a small overhead space for baggage. The seat pitch wasn’t sadistic, but it wasn’t ideal for a guy with a 34-inch inseam.

I forgot about that once we started. Once we cleared the city limits, the KTX train spooled up to full speed. It took me awhile to notice the lack of the usual “clack clack clack” of rail travel. It was as smooth and noiseless as flying. According to the Korail website, the line uses welded tracks to eliminate the noise. I don’t know how conventional tracks are joined.

I also noticed a long deceleration time as we approached stations. I didn’t time them, but it felt like each was several minutes long. For refreshment, there was an airline-style beverage cart rolling at regular intervals.

Aside from all that coolness, we arrived on-time in Busan — which is a very cool port city that Americans hear about all too little. During our time there, we took in a film festival, got seriously lost during a hike, strolled through a creepy abandoned amusement park, made friends with a large group of elderly Koreans who wanted to help us find our destination, and ate a lot of great food. It also has a great shore and skyline to enjoy during an evening boating excursion.

My Final Word on the KTX


A rail line this fast and convenient could be a great alternative to shorter flights in the U.S. The KTX train carries 100,000 per day. What could it do here?

Want to read more about my adventures traveling the rails? Check out this story about my overnight trips on the Fanxipan Express in Vietnam!