Papago Plaza in Scottsdale is all but abandoned these days. And don’t think for a second that’s not by design.

The exodus of businesses from this once-cool throwback plaza pretty much started with the closing of Papago Brewing. It was the major anchor, a role never fulfilled by a huge nightclub space that constantly changed names and had a bad reputation.

Of course, that is likely to be a generic bloc of anonymous buildings. A hotel. A "high-end" cluster of apartments because why not?

What Should Happen to Papago Plaza

Well, the owners let it fall into disrepair. At this point, there’s probably no way to save it.

And Papago Plaza’s looks have always polarized people. I love it. It has sense of place and character, unlike most of the shopping plazas sprouting up. If they’re going to redevelop it, why not design it with some nods to the original?

Also, I’m concerned about the rush to slap the "high end" label on everything. Is it not possible to make it fit in with the South Scottsdale character? That means a little less sizzle, a lot more steak. This neighborhood is relatively affordable, with some families that have lived in the area since the 1950s. North Scottsdale has its glitz. Why not keep things here more affordable and accessible?

Who wants condos that will sell for $500,000? We already have those up the road at 68th Street and McDowell.

Bring Back Some of the Papago Plaza Past

Just about five years ago, Papago Plaza was home to one of the state’s pioneering craft beer hangouts. It would be great to have it back. It had a hot yoga studio, a small gym, a Korean restaurant, a tailor. In short, some rather nice stuff. These all seem like they would fit into a future development. 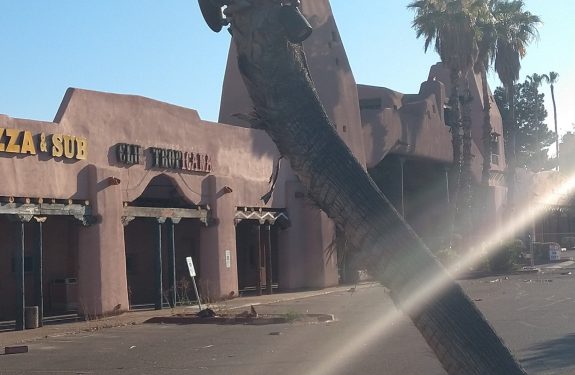 I simply doubt developers care enough about maintaining the local character or doing right by residents. It’s all about what they can build now. What happens 20 years from now when we’re stuck with a generic-yet-dated plaza? I mean, Papago Plaza has a dated look to it -- but its late 1960s Arizona vibe is at least distinct.

And the development attorney quoted in the article had this to say about why he thinks the redevelopment needs housing: "If this is too much retail, and we’ve seen vacancy time and time again in this shopping center, what can we do to breathe new life into this corner, and yet make some retail appropriate and successful?”

Again, the vacancies were by design. Ask anyone who was a tenant at Papago Plaza in the last 15 years what it was like getting the owners to upgrade and repair. That’s the sort of landlord that chases tenants out. And their intent was clearly to sell it for redevelopment.

Chevron and its Push Against Electric Cars

The Best Workouts in Scottsdale

What I Learned From a Cancelled United Airlines Flight

A Recent Visitor’s Thoughts on the Brussels Lockdown